Saturday, June 11, 2016 marked the commencement of the 2016 Colorado Triple Crown as RMCCers embraced the Colorado High Country Double Century. The High Country Double Century, one of the newest Triple Crown events, is named after the longer and more formidable RMCC Colorado High Country 1200 km brevet (to be contested later this summer), but is definitely not a slouch of a ride! The 2016 Boulder-to-Steamboat course featured 209 miles and 12,000 feet of climbing, including the continuous 60-mile, 5,000 foot climb up the lush Poudre Canyon to the top of Cameron Pass. From Cameron Pass, the course plunges into the North Park basin. The North Park basin, with it's rolling plains and lots of wind (!), is a little piece of Kansas nestled in the north central Colorado Rockies.  The course concludes with the punchy climb over Rabbit Ears Pass, rolling along the Continental Divide before making the blazing descent into Steamboat Springs.  Mother Nature did not disappoint this year's participants as she blessed them with the full gamut of Colorado weather, including balmy temperatures and blue skies for the first 120 miles from Boulder to Cameron Pass, then miles of demoralizing headwinds through the North Park basin, concluding with bone-chilling thunderstorms as riders crested Rabbit Ears Pass. This year's event had 25 ride starters, including 7 riders who participated in their first Colorado Triple Crown event...an excellent turn-out for a point-to-point ride! Congratulations to all of this year's participants and many thanks to this year's volunteers for making the event an enjoyable day for everyone!

Special thanks to this year's volunteers! We cannot proceed with these events in their current timed format without your help!
Also thanks to the impressive support crew of rider, Avery Collins, who provided support for riders along the course! 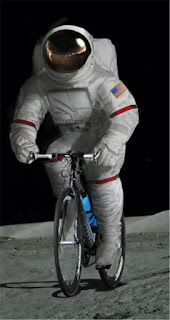