Cripple Creek Crippler Recap: "I'd Rather Face Death Than Be Crippled!"


On Saturday, July 27, 2013, the mighty Cripple Creek Crippler unleashed its furor on members of the RMCC as participants tackled one of the nation's most difficult double century courses! The "Crippler," which is the newest event of the Colorado Triple Crown, is truly a beast of a double century! The course features an estimated 18,600 feet of climbing (some if it rather steep at times!) in 207 miles, covering terrain from the foothills to the west of Chatfield Reservoir all the way to Cripple Creek, CO (and back). Indeed, riders are either climbing or descending for the duration of the event! California Triple Crown veteran, Tom Driscoll (from Mountain View, CA), who ventured to Colorado this summer to complete the Colorado Triple Crown, summed the event up best. "I've ridden most of California's hardest double centuries...the Mulholland Double Century, the Terrible Two, and Devil Mountain Double Century. This course is HARDER than all of those courses!" With an average altitude of 7,500 feet, the rarified Colorado air also adds to the challenge. It was a day that will long be remembered by all of this year's participants. And at the conclusion of the ride, the group consensus was unanimous: the Crippler is harder than the Colorado Death Ride! Indeed, many Colorado Triple Crown veterans would rather face death than be crippled!

However, in spite of the inherent challenges of the course, the Crippler is never short on spectacular mountain scenery! Throughout the entire ride, participants are surrounded by of stunning mountain vistas, amazing red rocks formations, and serene mountain streams. Even the miles and miles of barren hillsides along Deckers Road, stripped of their trees by the 2002 Hayman fire, have a mystifying characteristic to them. Riders also catch spectacular views of Colorado's famed Pikes Peak to the east of Cripple Creek where they can see the Pikes Peak highway snaking its way to the 14,000 foot summit.

At the start of the event, Eric Nelsen and Mark Lowe, accompanied early on by Steve Rudolph, set the (usual) hard pace from Ken Caryl up Deer Creek Canyon. The duo worked together during the first 80 miles of the event, tackling the steep climbs of the Evergreen backroads, including High Road and Brook Forest/Shadow Mountain before making the scenic descent through Buffalo Creek and Deckers. The duo continued south, tackling the deceptive, gradual climb to Woodland Park, eventually turning west along US-24 toward Divide. Shortly after leaving Woodland Park, Mark's long-standing history of good fortune ran out as a slashed tire sidewall and multiple flat tires left him stranded momentarily on the side of the road. Eric ventured on alone, ascending the series of steep climbs to the rustic town of Cripple Creek, which was a bustle with activity from a weekend auto show. After cresting the high point of the course (approximately 10,200) two miles to the east of Cripple Creek, Eric began the 90-mile journey back to Ken Caryl amidst a series of thunderstorms that pummeled the Front Range throughout the afternoon. After cresting the steep climbs up Deckers Road and Foxton Canyon, Eric made the exhilarating descent from Pleasant Park down High Grade Road. Eric then cleared the final short climb over South Valley Park, returning to Ken Caryl, with the day's fastest time of 13:17.

The day was an act of survival for many RMCCers. Many riders faced an assortment of mechanical problems, including an abundance of flat tires due to the glass-laden roads, further adding to the challenge of the day! Mother Nature also decided to leave her stamp on this year's Crippler, pelting participants with a constant stream of thundershowers--some of them a bit heavy at times--for nearly 90 miles from Cripple Creek back to Littleton. None of this year's participants, not even the speediest of RMCCers, escaped Mother Nature's wrath! But in the end, neither mechanical mishaps nor the soggy afternoon weather could dampen the spirits of this hardy crew of RMCCers!


Congratulations to all of this years finishers!! You are all a very hardy bunch of riders...some of RMCCs finest!!

Special thanks the Penny Nelsen and RMCC president, Charlie Henderson, for graciously giving up their day to provide event support for this year's event. And thanks to Diana Shannon for her assistance with recording rider times at the conclusion of the ride!

With the conclusion of the Cripple Creek Crippler, the following riders have successfully completed the 2013 Colorado Triple Crown. Congratulations to all of you!!! 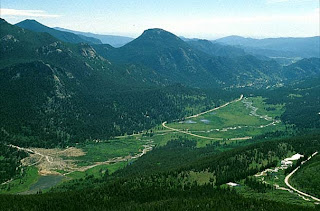