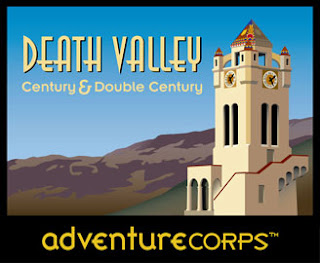 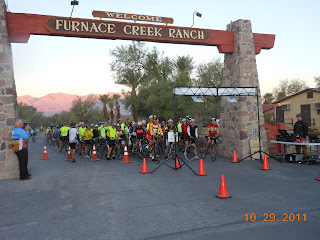 Riders line up for the 7:00 am start. Riders started in groups of 70, based on expected finishing time. (Picture courtesy of Ronaele Foss.) 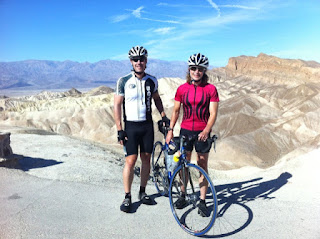 Exploring Death Valley National Park the day before the event, Andrea and Mark check out Zabriski Point, a few miles to the east of Furnace Creek. Death Valley is actually a very pleasant place to ride from the months of October through March with low humidity and comfortable temperatures. 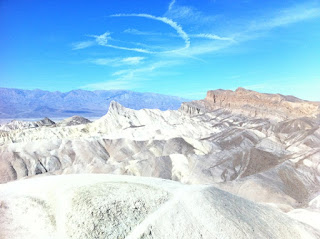 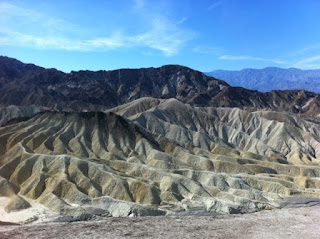 The Death Valley landscape has an extremely ancient, extra-terrestrial appearance to it. No wonder George Lucas filmed parts of the Star Wars films here! 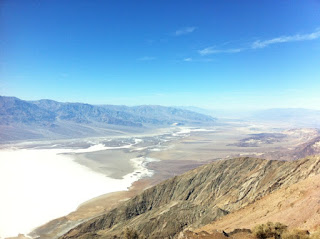 The climb to Dante's View is the largest climb in Death Valley National Park, ascending over 5000 feet in approximately 25 miles from Furnace Creek. 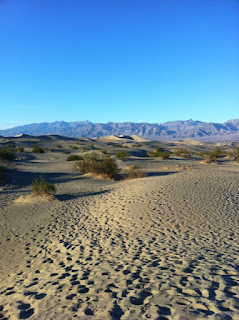 The fall version of the Death Valley Double traverses past several sand dunes in the northern end of the national park. 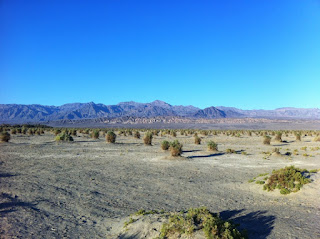 An area known as the "Devil's Cornfield" to the north of Furnace Creek features endless miles of yucca plants, ominously reminiscent of some of the landscape of the Colorado Last Chance 1200 km... 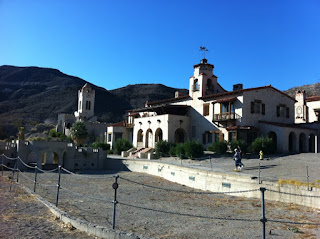 Scotty's Castle, located in the northeast corner of Death Valley National Park, was constructed in the 1920s as a vacation home by Chicago millionaire, Albert Johnson. Construction of the villa was never completed as the Johnsons fell on economic hardship after the crash of the stockmarket in 1929. The villa remains as a wonderful aid-station for the Death Valley Double Century! 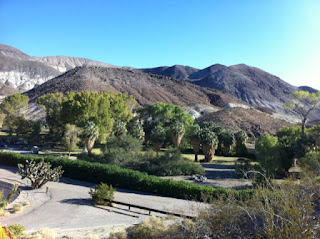 There were a few clusters of trees in the vicinity of Scotty's Castle (3,000 feet elevation), which lies just to the northeast of Death Valley, but otherwise the valley is devoid of almost anything that grows. 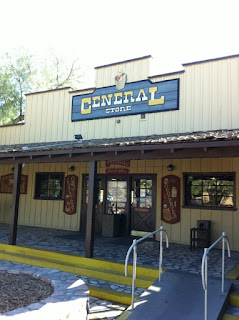 The general store, located at the Furnace Creek Resort, provided plenty of food and beverages for Death Valley Double riders and tourists alike. 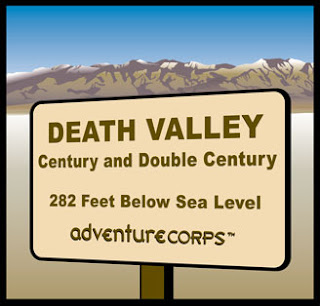 In summary, Chris Kostman's Adventure Corps (http://www.adventurecorps.com) is a fine-tuned event-promoting machine, running some of California's finest "ultra" experiences in one of the nation's most amazing sporting venues...Death Valley. For riders looking to attempt a double century event, the fall (and spring) version of the Death Valley Double Century would be a very manageable experience. Adventure Corps events are extremely well-supported with fully stocked aid stations and a very friendly staff of volunteers! Overall, a great way to spend a weekend!
Posted by Mark Lowe at 1:22 AM