Members of the Rocky Mountain Cycling Club (RMCC) tackled the Tim Kalisch Memorial Grand Loop, the final event of the 2013 Colorado Triple Crown, on Saturday, August 10, 2013. For many Colorado cyclists, the "Grand Loop" is one of the Colorado Front Range's most epic single-day cycling loops! In 2012, the RMCC-sponsored event was renamed in remembrance of Tim Kalisch, a popular RMCC member, who took his own life in August 2011, a devastating loss to the club. To Tim and many other RMCC members, the Grand Loop is the club's most epic single-day event. The crux the Grand Loop is the spectacular 5,000 foot climb up Trail Ridge Road from Estes Park, ascending into the heart of Rocky Mountain National Park (RMNP). Trail Ridge Road is the highest continuous highway in North America, featuring seven continuous miles above 11,000 feet and reaching a high point of 12,183 feet, the highest elevation of any event of the Colorado Triple Crown.  It is also arguably the most spectacular stretch of pavement of any of the Colorado Triple Crown events!

This year's Grand Loop featured 22 starters, including eight rookies, the largest turnout ever for this event! In spite of the weather forecast for afternoon rain showers, participants encountered some of the best weather in the history of this event with comfortable temperatures (upper 50s in RMNP and the upper 60s in the Fraser Valley) and favorable winds, including an impressive tailwind from the top of Berthoud Pass back to Golden. Riders who finished later in the day were chased by some light thundershowers from Berthoud Pass back to Golden, but overall weather conditions could not have been much better!

With cooperative weather conditions and a speedy crew of riders, it was a day for records to fall!! Professional triathlete and endurance coach, Billy Edwards, who captained the 8-man Allied Forces-Team 4Mil to a record setting performance at this year's Race Across America (RAAM), spearheaded the day of record-setting performances, setting a new Grand Loop course record.

Grand Loop participants got off to a blistering start in spite of the very early 3:00 am start! A group of riders, including Billy, Mark Lowe, Eric Nelsen, Steve Rudolph, Tom Miller, and RMCC newcomer, Tim Hoppin, set a blazing pace to Lyons, CO, riding the hilly 35-mile stretch from Golden to Lyons with an average speed of over 23 mph (which is very impressive given this section is ridden entirely in the dark on less than ideal road conditions)! The lead group began to splinter a bit as the they began the 3,000 foot grind up US-36 from Lyons to Estes Park, CO, just as the first hints of daylight began to set in. Upon reaching the eastern entrance to RMNP, Billy and Eric continued their aggressive pace up Trail Ridge Road, forcing Steve Rudolph and Tim Hoppin to fall back to a more sustainable pace. Four-time Grand Loop veteran and course record holder, Mark Lowe, who was hampered by an untimely bathroom break and leg cramps, also had to fall back shortly after leaving the checkpoint in Estes Park, leaving Billy and Eric out front. The duo reached the Alpine Visitor's Center in RMNP--after climbing 10,000 feet in 82 miles--in 5:15 (15.62 mph), setting the fastest recorded time to visitor center in the history of this event!

After refueling at the RMNP checkpoint, Billy and Eric made the spectacular, twisty (but blustery) descent down the western slope of RMNP, eventually passing through western RMNP entrance and the community of Grand Lake. Before reaching Granby, however, their pace came to a complete hault when Eric experienced an untimely flat tire. Demonstrating good sportsmanship, Billy waited for Eric to change the flat, a decision that ultimately cost several valuable minutes. Riding without support, the duo was then forced to stop in Granby to refill their bottles at a local convenience store. Mark, who had passed through the RMNP alpine visitor center ten minutes behind Billy and Eric, unknowingly caught and passed the two riders in Granby. Mark was promptly tracked down by Billy, who did not want the current Grand Loop record holder to slip away.


After catching up with Mark, Billy promptly dropped into his aerobars, and gradually pulled away from Triple Crown veteran as the two riders made the steep ascent along US-40 into Tabernash, CO. Mark commented afterwards, "when Billy dropped into his aerobars, there was absolutely nothing I could do! I simply didn't have the legs today to keep up with him today! He definitely rode much better today than 2011, the last time I rode the Grand Loop with him." Once out front, Billy made the 2,000 foot ascent from Winter Park, CO to the top of Berthoud Pass. At the top of the pass, Billy embranced a strong westerly tailwind, which assisted his blazing descent back toward Golden. After tackling the short but steep climb up Floyd Hill and the series of uphill rollers through Soda Springs, Billy made the final descent down Lookout Mountain, ultimately reaching the final checkpoint in Golden with a finishing time of 11:04!

With his record setting day on the bike, Billy has proven that he is a legitimate threat to capture this year's Furnace Creek 508 title, which will be contested in October 2013. Best of luck with the race, Billy!

For Billy's recap on the event: http://billythekidtriathlete.com/uncategorized/grand-loop-re-cap/

Congratulations to all of this year's Grand Loop finishers!!!

Special thanks to Charlie Henderson and Laura Luhn (who filled in at the last second) for providing event support for this year's Grand Loop!!

By completing the Tim Kalisch Memorial Grand Loop, the following riders have successfully completed the Colorado Triple Crown. Congratulations to all of you!! 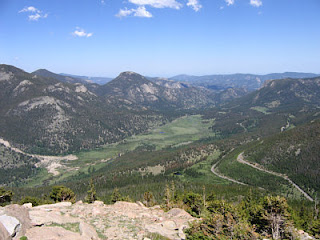 Here is the important information regarding tomorrow's big ride:

2)      Check-in/start time: Check in starts at 2:15 am. Ride starts promptly at 3:00 am. Please be ready to ride by about 15 minutes early for last minute instructions. Lights and reflective gear are required! 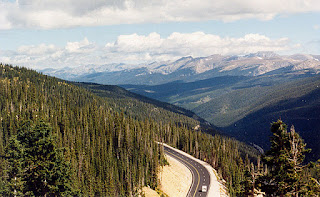