Seventeen brave-hearted RMCCers "toed the line" for this year's EPIC Cripple Creek Crippler. The "Crippler" is a daunting double century: 208 miles and LOTS of climbing. The exact amount of vertical gain is actually unknown, but the amount of climbing is estimated to be between 19,000 and 20,000 feet. And many of the climbs are quite steep! The "Crippler" is rapidly gaining a reputation as one of the nation's most formidable double centuries. Event director, Mark Lowe, explained, "The Crippler is a bit unusual for Colorado double centuries because it doesn't include any of the high-alpine climbs for which Colorado cycling is best known. In fact, the highest elevation of the Crippler is a bit over 10,000 feet at the course's high point just to the east of Cripple Creek. The course is very ‘California-esque!’ The steep coastal-like climbs just keep coming at you. And the last 42 miles of this ride are as difficult of an ending to a double century as you'll find anywhere in this nation!"

Telluride local, Tim Cannon, who completed his first “Crippler” commented at the conclusion of the ride, "This [event] was waaaay harder than the Colorado Death Ride! Who created this course anyway?!? I need to have a word or two with that individual!" (Fortunately, Colorado Triple Crown veteran, Tom Miller, was there to keep the peace and keep Tim from attacking the event coordinator and course designer! :)

Cool, but comfortable temperatures greeted riders at the start of the third annual Cripple Creek Crippler. By the end of the day, all of this year’s participants would experience the full gamut of Colorado weather, including extreme temperature swings and some degree of “wet,” from sprinkled on to completely soaked, depending on when they finished. As the ride commenced, the climbing began immediately, foreshadowing the difficult task at hand: taming the Crippler. Early in the pre-dawn hours, participants wound their way through the foothills to the west of Chatfield Reservoir, getting a bit of navigational aid at key turns early during the ride from event coordinator, Mark Lowe. This action apparently saved several participants from doing some extra work in those early pre-dawn hours!

By the time participants had reached the first checkpoint in Conifer, after 4,500 feet of steep climbing in less than 30 miles, temperatures had dropped precipitously. Cold pockets of air in the mountain valleys were nearly 20 degrees colder than at the ride start, causing many riders to search for their cool-weather riding gear. After clearing Conifer, riders traveled west along US-285, a route that is all-too-familiar to Denver-to-Aspen veterans. At Pine Junction, participants turned south, making the blazing descent down Deckers Road, followed by a steep four-mile climb out of Buffalo Creek until they reached the second checkpoint in the hamlet of Deckers. The lead group of Ryan Franz, Steven Phillips, and Walter Zitz set a brisk pace to Deckers, inadvertently missing the first checkpoint in Conifer.

After clearing the Deckers checkpoint, the trio began the slow uphill grind toward Woodland Park with Colorado Triple Crown veteran, Eric Nelsen, hot on their heals. As the riders climbed out of Deckers, temperatures warmed as the sun rose in a relatively cloudless sky. The climb out of Deckers toward Divide is deceiving, as it is low-grade but long and often plagued by headwinds. After thirty miles and over 3,000 additional feet of climbing, riders pulled into the support point in Divide, where they were greeted by RMCC volunteer, Corinne Warren. Corinne fortified the riders with bananas and homemade blueberry muffins, a much-appreciated gesture by this year’s riders, who had already climbed well over 10,000 feet for the day. Ryan, Steven, and Walter, followed in due time by the rest of the riders, began the descent down the beautiful Twin Rocks Road toward the Fossil Beds National Monument.

As the riders reached the Evergreen Station support point about seven miles to the northwest of Cripple Creek, temperatures continued to warm. And as temperatures rose, so did the pitch of the roads, causing the speed of the lead trio and the riders who followed to slow to a crippled pace! As the morning progressed, the temperatures eventually reached the point of becoming uncomfortable. Heat generated from the mid-morning sun radiated off of the iron-clad red rocks lining the steep climbs to Cripple Creek. This was a clear recipe for suffering! As riders reached the checkpoint at Cripple Creek, they scrambled to rehydrate with water and Gatorade after completing 13,000 feet of climbing in their weary legs. The checkpoint at Cripple Creek claimed the first Crippler casualty as one rider was forced to retire due to knee pain.

Fortunately, the uncomfortably warm temperatures didn't last long, as the predicted afternoon monsoon storms began to develop to the west of Cripple Creek, shielding riders from the relentless sun. As participants continued to trickle into Cripple Creek, the skies became increasingly ominous as the once sun-filled morning skies succumbed to a constant barrage of afternoon thunderstorms, which battered the participants as they began the difficult 92-mile journey back to Ken Caryl!

After clearing the course’s high point (approx. elev.10,300 feet), participants embraced the long descent back through Divide and Woodland Park, and eventually back to Deckers, providing a welcome respite from climbing for all. Additionally, the bit of rain and the cloudy skies seemed to refresh nearly everyone. The group of now four leaders flew through the fire-marred landscape and swooped into Deckers. Just a brief stop to top off water bottles before tackling the most formidable climbing of the day…Deckers Road and Foxton Canyon. Not long after, riders in groups of twos and threes trickled through Deckers and started the last series of climbs. And with the climbing came more rain. A sprinkling at first, but later a torrent.

Fourty-two more miles of steep grades to go, the work at hand was tempered by the beauty of the surrounding landscape. Areas that had been scorched by wildfires more than a decade ago have filled in with wildflowers, native grasses, and saplings. Unique rock formations dotted both sides of the road, and at the crest, panoramic views helped riders forget the pain. Once through Buffalo Creek and before the final push, the course traces the sonorous Platte River, cut through a deep valley lined with a variety of pines and spruces – the prettiest part of the whole course!

After completing the final climb up Foxton Canyon and the steep Broken Arrow Road to Pleasant Park, riders made the thrilling descent down Deer Creek Canyon back to Littleton. At the finish in Ken Caryl, the first to arrive were Steven and Walter, in record-setting time. Triple Crown veterans, Eric and Ryan, finished soon after. The other riders out on the course were experiencing typical Colorado afternoon thunderstorms, and getting wetter by the minute. As riders reached the finish in varying states of hypothermia from the chilling rains, several new Triple Crown finishers were minted, including two of the “trois lanteren rouge”, David Nelson and Mike Turek, who were accompanied by Jason Turner, redeeming himself for his failed 2013 attempt at the Crippler.

Congratulations to all of this year’s riders who tamed the Cripple Creek Crippler…well, sorta!!

This year's event, like the other Colorado Triple Crown events for 2014, was ridden in remembrance of RMCC member, Mark Stanton, who passed away last September from a cardiac arrhythmia. Mark completed his first and only Cripple Creek Crippler and Colorado Triple Crown in 2013. Mark's day was marred by mechanical problems, including numerous flat tires during the first 30 miles of the ride. Facing adversity, Mark forged ahead, completing the course without any assistance from the RMCC support vehicles, successfully finishing within the 18.5 hour time limit...a true testament to his character!

Special thanks to this year's event volunteers:

Brief Results (Complete results with splits will be posted on the new RMCC website later this year:

*Pre-rode the course on 7/24/14 in order to provide support for this year's event.

By completing the Cripple Creek Crippler, the following riders have successfully completed the 2014 Colorado Triple Crown. Congratulations to all of you!:

Congratulations to Walter Zitz, for successfully claiming the number one podium spot during this year's staged event. This year's stage race podium includes:
Alas, there were no female stage race finishers this season.

Next up...Are you ready to Cycle to Saturn?!? 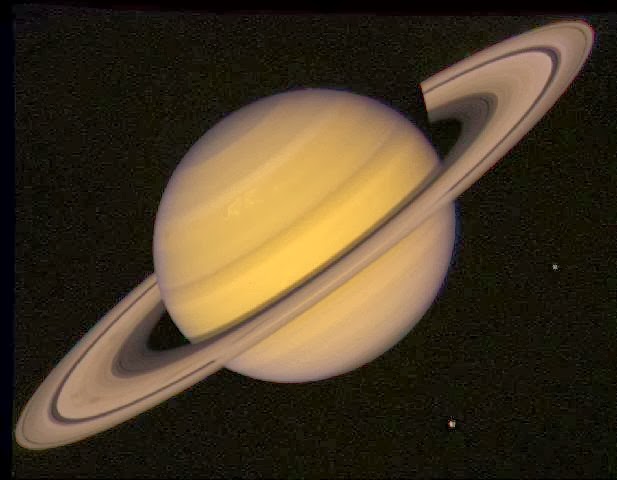